When I moved to Columbia back in2014 I was a hopeful little 20-something looking for that city writing gig. That was when I first took a job at Manifest thinking it would be the perfect compliment to my creative pursuits.
Eventually outside pressures squeezed and I felt my self worth was directly correlated with my pay stub and decided to see if the grass was greener. It wasn’t.

After a series of unfortunate occupations I found myself dying to work at Manifest again and after months of convincing I was welcomed back. Some customers remembered me, some didn’t, but I was happy to reintroduce myself.

To some, Manifest lost its charm after Trans World Entertainment bought them out over a decade ago. Some have even disparagingly called it a; “rock-n-roll flea market.” But what the hell, exactly, was wrong with that.

Of course, I would be remiss if I said things were exactly the same as they were back in the halcyon days when Manifest opened its doors back in 1985. The entire music industry climate was starkly different. Over the years, from Napster and Limewire to Spotify and Soundcloud. The importance of physical retail locations for music has rapidly declined as the ease of obtaining music online became ever-cheaper and easier.

Despite this, I found myself a part of a misfit 7 person record store staff in 2018. A real anomaly, and one that I am quite proud of. I felt like Liv Tyler in Empire Records.

Much to the chagrin of my parents, I’ve spent the better part of a year surrounded by my one true passion: music. Whether writing album reviews for the Free Times or helping folks find their new favorite albums, I have been as close to being a rock star as I’ll ever be. To know that we are closing our doors now has weighed on me so much heavier than I anticipated.

There is the looming potential of an office job that is cringe worthy even if only for the dress code. Working at Manifest you were able to express yourself in any way. You got a mohawk? Great. You wanna wear sweatpants? Fantastic. The relaxed attitude rubbed off on interactions with the customers that would range from professional and friendly to life stories. We had a bunch of regulars that I am sincerely going to miss.

Whether it’s my coworker Joey, who has worked in record stores since the days of Sounds Familiar and is a walking music encyclopedia;-Seth & Tony, the residential metal heads, Greg the manager from Cali who always starts the day off with the ‘nickel tour’ and has a pretty large customer fan club, Steve who is one of the hardest workers I know or Taylor adding to the stores riot girl power with myself.

It is hard to say if I’ll ever hang with these guys again but much like graduation we will have to step on.

Whether you loved or hated the metamorphosis of Manifest over the years, the truth is all the opinions in the world won’t offer the nostalgia chasers, collectors, lower income and the elderly what they have come to love about Manifest: our wide selection of quality CDs, movies, and vinyl, all of which you could reach out, touch, and take home the same day. -Tricia Callahan

Update: Manifest is Offically Closing Jan. 26 be sure to stop by and celebrate with us! 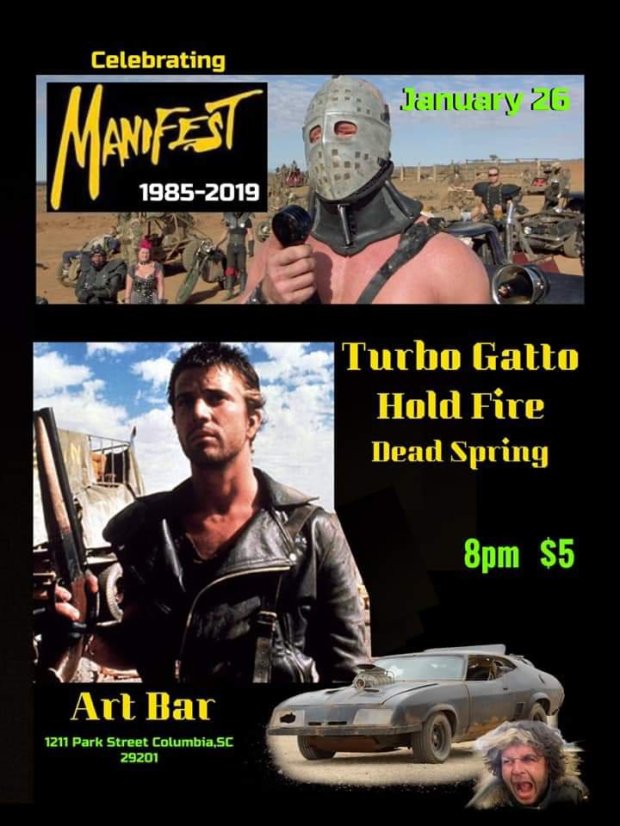